A Flower for your Thoughts 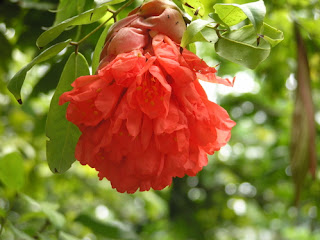 One of the best parts about living in Kenya is the abundance of flowers and fresh plants. These flora and fauna can be found for sale at dozens of street corners throughout Nairobi, at our local veggie stands, and some people even have them delivered to their front doors every week.

Before you can say that you’ve got the same thing at your local FTD and supermarket, let me stop you. The two-dozen yellow and pink roses that are sitting in a vase in my kitchen cost me 200Ksh. Which is about $3.00 US. Now what were you saying about your local source?

The article below can, perhaps, give you a better idea of Kenya’s flower industry. But until you see the abundance of flowers available here year ‘round, you can’t begin to comprehend what an Eden the Rift Valley truly is.

Flower growing has overtaken coffee and tourism as a source of foreign exchange for Kenya and ranks second only to tea, according to the Kenya Flower Council (KFC).

And Kenyan growers have developed a factory-style business that can deliver wrapped bunches to UK supermarkets, where staff need to do nothing more than stand them in water.

"Part of our product offer from Kenya includes a bouquet ready to go, labelled, date-coded," says Martin Hudson, managing director of importer Flamingo UK which supplies British supermarkets and Marks & Spencer. Last year, Kenyan sales of cut flowers abroad were worth $110m (£77m), or 8% of export earnings, according to the KFC.

It has a 25% market share, beating Colombia and Israel which each have about 16%.

Two thirds of these blooms go to the Netherlands, which dominates the trade in cut flowers worldwide through its auction halls where Dutch wholesalers buy flowers for re-export to markets as far away as the United States and Japan.

But direct exports to the UK also account for a quarter of Kenya's sales to the EU, making it the country's second market and one that many growers focus on.

Valentine's Day is a big date for Kenyan growers, thanks to the country's perfect match of high altitudes and equatorial sunshine.

Logistics
Roses make up 74% of Kenya's flower exports, followed by carnations which are the most popular flower in Britain at less romantic times because they last longest.

Flamingo UK, which has annual turnover of £30m on flowers, expects to sell up to 2 million roses, mostly red, in Britain on Valentine's Day, Mr Hudson told BBC News Online.

Getting so many blooms to market in just the right state at the right time involves major preparation for growers, who must try to manipulate flowering times by debudding their bushes.

Flowers are then cut and wrapped and exported in cooled containers, often on chartered aircraft, to reach consumers within 48 hours, KFC chairman Rod Evans said.

"Many of the sales don't fluctuate quite so much as they did in the old days," he said.
"Investment in greenhouses and covering the crop means the customer knows he's got the supply there and he'll buy."

The industry is capital intensive, needing investment of about $50,000 per hectare, but it's high-yielding: flower farms cover a mere 20 square kilometres of Kenya's total land area - 0.00003%.

The Kenya Human Rights Commission (KHRC), a non-governmental organisation, held a conference to highlight these issues ahead of Valentine's Day.

The KFC counters that it has drawn up a code of practice and monitors its members, who represent 65% of exporters though a lower percentage of growers, twice a year.

Wages paid by KFC members average about $3 a day, or just over $50 a month, said Mr Evans. "Our competition in Zimbabwe are paying half a dollar a day."

Workers also receive transport and medical care, he points out.