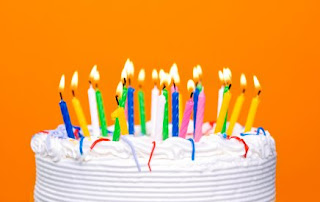 I would never point out to someone that they were OLD just because they had hit a particularly significant birthday. I mean, OLD means different things to different people. Heck, I would never even use the word OLD to describe someone of a certain age because I know it’s rude.

You wouldn’t want to be told you were OLD just because today was a landmark day in history. Clothing bought say, forty years ago, would be considered vintage. And jewelry created around the same time might even be considered antique. But no one would call either of those things OLD because the word OLD sounds so harsh.

What do you consider OLD?

I don’t think my husband is OLD because his age isn’t that far off from my own and that would be like saying I’m almost OLD. And I’m not. I have two brothers who are OLDer than I am. But I don’t call them OLD to their faces because it’s mean. My middle brother, BBA, is the same age as Hubby so I guess technically he isn’t OLD.

So who is left to be described as OLD?

That must be my OLDest brother, BBS. Today he is 40 years OLD. He is the first of my siblings to hit the ripe OLD age of 40. If I didn’t know better, I would think he was the OLDest person I knew. But I know people who are OLDer than 40. After all, 40 isn’t that OLD.

Does being this OLD make him eligible for Social Security cheques or OLD age discounts at the pharmacy? No, he’s not that OLD yet. But he’s awfully close.
HAPPY 40th BIRTHDAY, BBS!!
PS. To everyone reading this who has already passed this age marker or is closer to it than I am, please know that today’s post was not meant to throw salt in your wounds or to mock you. I save those special treats for my family.
Posted by MsTypo at 11:05 PM

I've passed this milestone so think that turning 40 is like a baby just coming out of nappies! ;-)

Hehe, what a fitting post for me who had birthday yesterday.;) And according to your post, that makes me truly OLD.;)) In fact a dinosaur.;))
Happy Birthday to your brother, July is a good month to born in.;))
xo

As long as he never quite grows up, it doesn't matter if he grows old!!

You are only old chronologically. When you can still enjoy life to its fullest--who is OLD?
merthyrmum

LOL from me too!

I've never been one to be concerned about my age nor the age of others, so no particular age comes to mind but I'll give it a try.

Age is relative! I felt old at 18 - wise beyond years, lol! Oh how much I still had to learn. I work in a long-term care centre. We have residents who are over 100 - and they don't feel old yet - still sharp in their mind and walking on their own steam. One resident's wife did not want to move into the independent manor apartments next door to our care centre, because she didn't want to live with all those OLD people. She was pushing 90!!! And me, at 64 these folks call me a spring chicken, lol! Loved your post and Happy B-day to your bro! Hope he still feels young all his living days!

I had bronchitis on my 40th bday, but a couple days later, as soon as I could breathe again, my family got me on an ice-skating rink for the first time in my life (hey, I'm a Floridian - ice-skating is not 'normal'). Not only did I survive, I managed to skate my (then) 3yo around safely too. 40 is not THAT old ;D !

100 years old is OLD. My great grandmother was 96 years old when she passed away:)

I don't think of my mother as old, and she's coming up on 70. I'll have to face it sooner or later I guess.

Okay, thanks for making me feel.. well.. NOT .. so OLD! Though I'm SO not inviting you to my 40th in a few SHORT years. I thought of you yesterday, in the "real" world, when #3 got his monthly "kid mail" and it was a kit of Canada day fun stuff. Heads up.. my international Nuggets ONLY giveaway will be up soon (in your honor).

We are online florists and we help you to send Gifts and flowers to your dear ones to India. We undertake same day delivery. We have a wide Range of Gifts are available for all kind of Occasion. http://www.giftwithlove.com