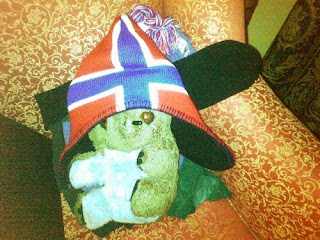 Before I met Hubby, the closest I had ever come to moving was my trek to and from Halifax, Nova Scotia for university every year. Hubby, on the other hand, was a Navy Brat, and moved around quite a bit until he started high school. When we married he promised me we would not move around a lot. In fact, he even put a number on it: five. His promise that we would move no more than five times never came with consequences should that number be exceeded. That, it turns out, was a mistake on my part.

As the calendar turns from 2009 to 2010, Hubby and I will be moving from our desert home in Cairo, Egypt to the rather chilly climes of Oslo, Norway. Hubby has elected to leave his contractual post here at the Institution for a permanent position at The Company where he will be a researcher. His job here gave him a phenomenal love of teaching but various circumstances beyond his control have led us to once again to pack our things and leave behind the wonderful colleagues and friends we have made here. 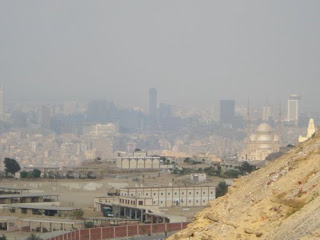 One of our biggest problems in Cairo has been the air quality. We had been warned that Cairo was one of the most polluted cities in the world before we arrived but didn’t think much of it. After all, we thrived in Delhi – a city with an equally bad reputation for unbreathable air. Sadly, the air here has drastically affected me. When I cough, I sound like a crack addict with a six-pack a day cigarette habit and I don’t smoke. A local gentleman with TB, whom we called Coughing Guy, once heard me and told me to go see a doctor. It’s that bad.

Hubby has also had some work related problems including a commute that takes eight hours out of his life every week. Due to the state of traffic in Cairo, these are not even hours he can use to read or work. These eight hours are time he could be using to research, work with his students, or, you know, spend with me. 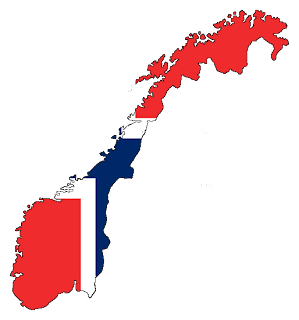 This decision was not easy for us as Hubby truly intended to stay here in Cairo and settle down into what has been a fairly comfortable life for the most part. The confluence of events that led to our mutual agreement is not easily explained in one post. Hubby and I have visited Oslo several times now and even met some wonderful people. We are looking forward to the challenges of living in the developed world for a change and are excited about the possibilities and challenges this new move has in store.

I will definitely be posting more about this more in the weeks to come. Feel free to ask questions in the comments and I will try to address as many of them as possible in a future post. Rest assured that this one time Delhi Typ0, Nairobi Typ0, and Cairo Typ0 will still be blogging from Oslo. After all, what would a blog about Wandering the World be without a new horizon to explore?
Posted by MsTypo at 10:21 PM

rather bittersweet isn't it? always exciting to be moving forward but sad to leave behind friends and countries we have learned to love.

Congratulations! What an exciting time. I totally understand wanting to leave Cairo, as you may guess.

The air pollution was the one thing I could never get past. When we thought about staying there for a long time, about focusing on travel and embracing the expat life, I never could accept the idea of raising my kids somewhere with such terrible air pollution. It's even worse that the government has seemingly no interest in solving the problem.

Moving to Dream Town has been an excellent decision. We miss our friends, but, really, that's about it. And of course most of them will be gone soon enough anyway...

When you read tomorrow's post on my blog, you'll probably understand why I'm bummed to hear about this!

But I'm sure it'll be a great move for you and your hubby. I've heard really great things about Norway. And being that my family is part Swedish, I've always had a soft spot for Scandinavia.

Wow! That is a big move. I bet the air quality is a heck of a lot better in Norway. I hope things go smoothly for you.

Can't wait to read all about it! :D

Congratulations! Scandinavia is awesome! I know you'll come to love paying $24 for a McDonalds hamburger you waded through 5 feet of snow to get. I would have made the move in a heart-beat. Keep blogging, sista!

Traffic and air - yes, the two most awful things of Egypt. Most everything else tends to be downright nice - not always perfect, but hard to leave. You are right to get out for your health (both of you) although it is sad that so many Egyptians are stuck in the situation for life or until there is drastic change.

Oh, the air is so much better here. I'm sure you'll love it, especially next summer when the Norwegians come out of the woodwork and hit the parks and beaches (Hubby will probably enjoy the topless ladies tanning in the park...just a guess).

I'm so excited! We're going to have so much fun...yaaaay!!

Yes - I guessed Oslo! It's tiny but lovely and so many great places that you can get to easily by tram/train.. In fact, you'll probably end up living in the burbs, I guess, as Oslo itself is so hideously expensive! (Even more expensive than Stockholm... and hey, maybe you'll visit me here!)

Ooooh. VERY exciting. For both of you. Don't forget us when you move, I want to be with you in Oslo too! (PS I spent a very happy winter in Nova Scotia once...near Wolfville...loved it!)

Ah, so you are moving, how wonderful! I am happy for you, how exciting! Even if moving is a bittersweet undertaking, changes are good. They keep us young and force us to live our life.;)
And the change ahead of you is a good one, Norway is a a great country, I am sure you will love it. Except you will miss the weather, but then again, it has its charms as well.;)
So, we will be *almost* neighbours then.;)
xo
Zuzana

Think of it as another adventure - because that's exactly what it is! Very exciting times ahead for you both I'm sure.

I bet you'll love Oslo - another horizen, another adventure!

WOW...that's a dramatic change, all the way around! Mr. Fairway's family came from Norway. A place I've always wanted to go. For now, we keep the home fires burning by baking Norwegian delicacies for Christmas!

How exciting, and just around Thanksgiving!

I'm so glad you'll be going somewhere better for your health. :)

That's awesome! What a fun move that will be. Big price difference though. Ouch! Welcome to our neck of the woods (soon)!

So we have to pack the bags again for a visit to Norway! I hope you will get used to the snow/slush/dark days again but...good health is the most important issue here.
Bon Voyage. :)
merthyrmum

I am sure you will love Oslo ... we have a soft spot for that part of the world ...
and M you don't sound too sad really to have to pack:-)

Even though I haven't lived in Cairo for 16 years, I knew the air had not changed, so I really feel for you dear heart. Let's hope, one day soon, the Egyptians will realize air quality is important to one's health and do something about it.

Oslo will certainly be different for you in that respect, and just think... you won't have the traffic problems either!

Congratulations on your move! I'm excited for you two! Hopefully we'll be able to meet each other once you have settled down?

What are you most looking forward to in your new move? Are you excited? Nervous?

Wow! Quite a shift! I hope your move is smooth:-)

Anyone who can make a go of it in Egypt will think Oslo is a piece of cake- I'd imagine! I've been in Norway for 14 years and it's certainly a challenge for open friendly Americans as Norwegians are not as open and immediately friendly like Americans but I still think with an open mind and positive attitude you'll love it and the clean air will be a nice change and after you're here awhile you won't do the conversion of money and think about paying 24 bucks for a burger at McDonalds..you'll just pay and eat like the rest of us.. ;-))
We're two hours North of Oslo so if you ever want a trip to the country, look us up!!

Norway, huh? I'm sure they'll be pluses and minuses with the move!

hahahaa...Scandinavia rocks here!
Lucky you - going back to civilization. I miss that.
Can't wait more details...when? do you know where you're going to move - center/suburb? how long you're planning to live there? etc.

I can't imagine living all the places you've lived! What an adventure!

Best Wishes to you and your hubby as you move to Oslo.
I understand Cairo is lovely, but the air quality lethal.
Thank you for stopping by my blog also.

Oslo Typ0 it'll be then? ;-) Well, if there is one thing you'll get to look forward to, it'll be 'breathing', eh? I hope you'll be just as content in Norway as in Cairo, we'll certainly be waiting to read more on your move!

Congrats on your move! That's gonna be one big move!!!

One good thing is you've already been to Norway so you at least have an idea of what it'll be like to live there.

Wow. The pic in your header is really interesting. I never envisioned 'city' life so close to a pyramid. (I need to get out more, see more, read more...)

Good luck with your move to Oslo!

Oslo! Now there is a better chance of us meeting some day! As you know, Oslo is just a short ferry ride from Denmark! So the next time we are in Denmark.....

No matter where you live, I look forward to reading about your travels.

OH you are going to do fine here... you already have ready made friends... how cool is that?

How exciting! Wait...it is exciting, right?? And what a change from the other half of the world. I can't wait to hear about your continuing adventures!

A new adventure! It sounds like a wonderful new chapter for you guys. Can't wait to learn more about Norway through your eyes.

Very exciting and congratulations on your move. Can't wait to read more about it... :-)

Wow 36 comments already. I´m really late! But let me add my congratulations!! That sounds exiting, and I think you will love living in Norway. I already read a blog from there and it looks like an awesome country!
Can´t wait to read more about your move.

My first thought while reading? OMG, she will totally get an oven and can bake to her heart's content again! ;)

When I hear about the probs you have, I'm really glad you are moving.
I wouldn't mind Oslo.
For my hubby, it would be too cold.
Are you guys sure, you won't have time for a few days down here before you leave?
;)