A Meeting of the Minds 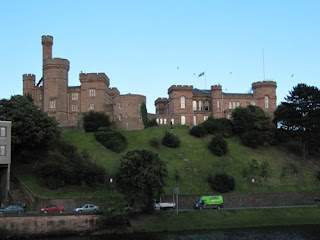 Sometimes I feel bad for my husband. He brought me on all these great business trips all summer long yet I am unable to write that his sweetness and our newfound togetherness was the highlight of my summer. You see, while I was in Inverness, I finally had a chance to meet the amazing Aurenna in person. ‘Ren, as she would tell you, trumps everything!

My second Internet meet-up of the summer (I’ll tell you about the first in another post) was the culmination of almost ten years of online friendship. We met through a Jean M. Auel fan board and despite our age difference we knew we were long lost twins. Our sick and perverted senses of humor have secretly amused (and not so secretly driven crazy) the board moderators and members for years. 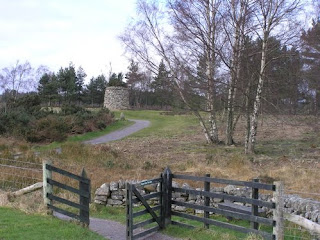 I’ve met other people from ecfans over the years but somehow had never managed to hook-up with ‘Ren. Of course, that meant additional stress and nerves at least on my part. What if I’m not as cool in person as I am online? What if she doesn’t like me after she meets the real me? What if come off as old, fat, and stupid and she hates me? What if she finds me so distasteful she tells me to bugger off? Poor Hubby was lucky enough to hear me share these and other worries for weeks while the anticipation built.

The day ‘Ren arrived in Inverness, I was full of nervous energy and anticipation. I sat in the train station barely reading my Kindle and looking up every time a train made a sound. When she finally arrived, I resisted the urge to jump up and down and shriek like some sort of Woo Girl. We hugged like long lost sisters and our conversation immediately fell into the familiar rhythms of our online talks. 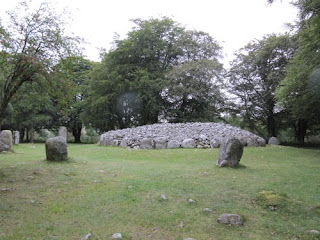 ‘Ren’s hotel was much better situated than my own (a mere 2.5 mile walk into town) so after dumping her bags, we went to lunch at a local Italian restaurant I had a coupon for. Later, we went book shopping and eventually ended up a pub that had great cider on tap and super tasty chips and curry sauce on their menu. By the time Hubby arrived at the pub after work, we were ready for the second pint.

Numerous pints, nachos, and another pub later we noticed it was far later than any of us had realized. It sounds cheesy but time had literally flown by while we caught up on gossip and goings on in each other’s lives. Aurenna and Hubby even managed to form an alliance and ganged up on me more than once. 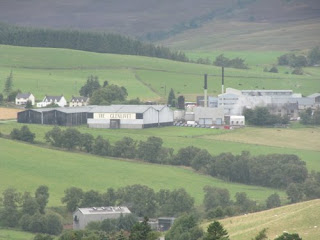 The following day, fellow bibliophile ‘Ren and I checked out a used bookstore in town I had heard about. For people who wondered if my love of Betty (my Kindle) had turned me off real books the answer is an unequivocal, “No!” The smell of those old books was like an addictive drug. I kept opening and perusing older and older items simply to enjoy the tactile pleasure of their pages between my fingers.

Eventually we started getting weird looks and left to find another pub restaurant for lunch. We plunked ourselves down and talked for literally hours until her train was scheduled to leave. We weren’t teary eyed as we hugged goodbye on the platform because we knew this time we wouldn’t wait quite so long between visits. Years of anticipation had blossomed into two bloody good days of fun. Just like I knew it would.
Posted by MsTypo at 10:48 PM

Gooood morning!
What a great story. It's amazing how you can 'feel' the connection with some people, virtually.

I can imagine your feelings "What if..." - jumping into unknown is always unnerving.

oh no, it's Monday! Where did I lost my Sunday? LOL!

I love meeting internet friends in real life! I've never been disappointed... not once! It's such a neat experience, and I love the way cyberspace brings like minds together across the miles.

Glad to here everything worked out well with 'Ren! I admit that I am totally hooked to the smell of library books. It's a problem, and theoretically could be a little awkward when one catches oneself book-sniffing on the subway. Theoretically, of course. Not like that's every happened to me...ahem.

What a lovely story. Nothing like the smell of old book and a little bonding.

I can identify with this; in the US I too met an on-line friend after knowing her for two years. This was though in the Internet infancy and felt vet strange, but worked out very well.
Sounds like you will be meeting again when you get a chance.;)
I so would have loved to have been in that book store.;)
xo

I am glad that your meeting metup with your expectations:-)

That is really great that you were able to meet an online buddy and find out the friendship was real and just as successful in person as it was online!!
Thank you so much for visiting my blog, yes, some of the winter is dreary in Norway...but when we get blue skies and sunshine and everything is white...it's magical..I'll post photos when the magic happens!! Take care!!

Did you meet in Inverness, Scotland? THE Inverness? Cool!

Glad to hear that you really are long-lost sisters IRL.

I have yet to meet any of my blogging buddies so I'm green with envy that you have, and that you found each other to be as you each felt, virtually, you would!

Your blogger meet-up sounds utterly fantastic. I've had a mixed bag when I meet people in person. Sometime it really clicks and sometimes it doesn't.

Glad to read that your experience was simply wonderful!

What a great story!! I can't imagine why you thought she might not like you?! I think online friendships can be deeper and more meaningful. I think you consider your comments more and I really believe the heart of a person can come out in their writing. Good for you....I hope it's a friendship that lasts a lifetime.

how wonderful that you were able to meet! I have yet to meet a bloggy friend in person, but I hope that one day I will :) and thanks for stopping by my blog on my SITS day!

What a wonderful story! So wonderful you were able to meet up with one of your blogging buddies!

A day with a good friend is so wonderful!

That sounded like a really memorable visit. Where is Inverness again?

how awesome to meet internet friends in real life! I've only had that chance once, and I was nervous too!!! I KNOW I'm not as cool in real life, so I thought she would ditch me before the appetizers! Instead we had a total blast.

I'm thinking about a kindle, but would miss my books. Good to know you like it though...

Sounds like a really great visit! I love meeting internet buddies because I have always had great experiences!

See...yet again...I find another link for us. Are you getting stalker vibes yet? :-) I love the EC series. And how much longer are we going to have to wait for the next book? I remember how much my Anthro professors dissed those books...but I still loved them!

And meeting blog friends is so much fun. I just spent the weekend with 14 women I met while blogging. Good times!

I love meeting a blogger friend you feel connected with. Great that it turned out so much fun!

Thanks for stopping by my place. Thought I'd come check out yours. What an amazing journey you are on. I am jealous!

Nachos in a pub? For some reason, this Ol' Tejas Gal finds that a tad incongruous. I've only met one of my bloggy buddies since plunging in almost two years ago. We had a blast, though, just like y'all!

I used to have a number of pen pals in other states and got to meet some of them. Only once was I ever disappointed in meeting the person. So glad you and your friend got to meet up and have such a wonderful time!

Not only did you get a chance to meet, but you spent a long time together so you really got a good chance to connect. How cool!

What a great story! I love meeting my online friends - it's amazing how connected you can be, even when you feel nervous lol.

Ah,how cool that you guys managed to meet!
Makes me feel even worse for not catching up with you in Budapest :(
But I did tell you that I had to sell our car in Germany because the exhaust finally fell apart?
I am sort of glad that I didn't make the trip to Budapest with it :/
And that train ride...well....

But still, it sucks that we didn't get to meet.

And as I hear the rumors, we won't meet here in Egypt either?

How lovely! The pubs are the only place to be on a dreicht Scottish day. That's why we all drink so much... ;O)