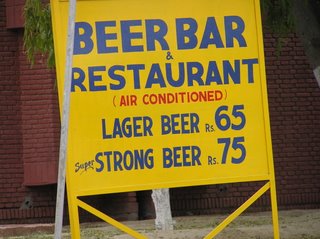 Today’s episode of Blog doesn’t really come under the heading of current events. Hell, at this point almost a year has passed since Hubby and I started our Indian adventure. When we started this little sojourn it began as a brief two-week trip to Delhi in the blisteringly hellish heat of June. It was under these oven-like conditions that Hubby and I set out for that great Mecca of Indian travel: the Taj Mahal.

The Taj (as everybody here calls it) is located in the town of Agra, which, as Hubby has often opined, is a bit of a dump. Agra Fort and the Taj are both World Heritage Sites and therefore quite well maintained – but not so much with the town they’re located in thus Hubby’s dumpish observations. That said, they do have good, strong beer in Agra from what we’ve heard. 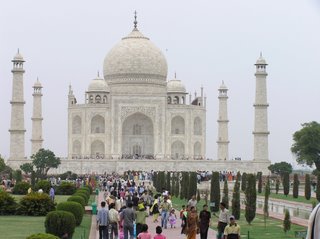 Before I get too far into the history of Taj I’m going to interrupt for a moment to once again describe the heat of that late June day. Now, you may have realized by now that there are no photos of either Hubby or I on this blog as a rule but especially not of this trip. Why? Because, as my mother so kindly pointed out upon seeing them, there isn’t a single one where I don’t look bloody miserable and/or ready to die from heat exhaustion.

So back to our story... Agra is a long, four-hour drive away from Delhi and requires that you either get up at 5 a.m. for a day trip or leave at 10 a.m. and spend an entire weekend. Having done the former, I highly recommend the latter. Doing Agra as a day trip is a long ass, tiring day. But I will admit that it is probably worth it in the end. 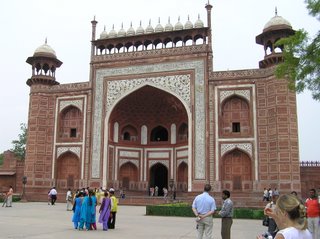 First off I’ll share a bit of boring history that will explain, once and for all, why women are the stronger and smarter of the species. (Please note that this is the Delhi Typ0 version of the story and may or may not reflect a great deal of actual history.) Basically on her death, Mumtaz, the beloved wife of Shan Jahan, told her husband that in addition to never marrying again he also needed to build her a kick-ass monument. So being the incredibly powerful king (and whipped husband) he was, he shrugged his shoulders and set to building his now famous monument to love: the Taj Mahal. It took over 20 years and a lot of big time cash to build the Taj but it still wasn’t enough for our Shah, he wanted a second mausoleum: this time in black. You’ll note that there is no second Taj Mahal in black and this is basically because his son got pissed off at his father’s spending policy and overthrew him. But really all that isn’t important because in the end Mumtaz got her snazzy death digs! 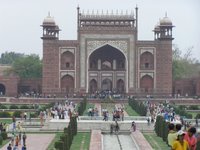 Cool facts you may not have known about the Taj: it isn’t actually entirely white. Many of the marble inlays are really beautifully colored but you can’t see it unless you’re really close up. The detail work in the carvings is phenomenal in and of themselves but especially when you consider that this thing was built before modern conveniences that would make the process, even today, still cumbersome and time consuming. Go Indian ingenuity!

After you go through the gates (which have a fancy official name that I can’t remember in my current un-inebriated state) you’re confronted with the wonder that is the Taj Mahal. When we went back in June the water feature in front of the mausoleum, which is so often pictured as iridescent blue, was rather dirty and greenish. The gardens that line the approximately 1 kilometer walk (it may be more or less than this but we were so hot it felt like 10) were beautiful and lush. There were no pleasant breezes to mark our journey but we didn’t initially even notice this as we were so entranced by the beauty and wonder of the Taj. 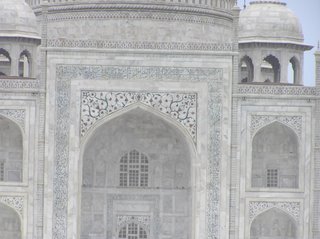 It should not be forgotten that this beautiful building is in fact, a mausoleum – dead people hang out here. So as you finally reach the building, you are asked to remove your shoes and walk barefoot on the steaming hot marble tiles. Unfortunately, from this point, we don’t have a lot to share. Because of the heat we walked in and stayed only long enough to appreciate the beauty of the place then we walked out and I whined until we found some shade and respite from the Indian Oven. 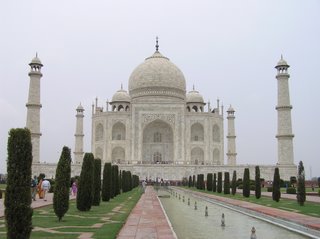 (Basically I whined for about 5 minutes as there is no shade to be found anywhere on the grounds.) (Hubby wants to note that he thinks that it was closer to 15 minutes. Hmmph!)

I’ve seen photos of the Taj Mahal before and thought that it was pretty but seeing it in person gives me a whole new appreciation for its status as a Wonder of the World. This thing is huge. And it isn’t just hunks of marble stacked up, this building has detail work and intricacies that would be amazing if they were fashioned today let alone back in the mid 1600’s.

Long story short (too late!) when you come visit us, you have to see the Taj Mahal: just not in late June when 40 degrees Celsius has people commenting on how mild the temperature is that day.
Posted by MsTypo at 4:15 AM

Loved this post. We visited DC in June 2006. It was 104 degrees with really high humidity. We melted walking around.

Did you read The Twentieth Wife? And its sequel, the name which is eluding me right now...