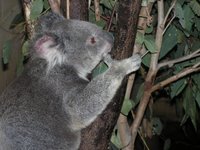 If meeting the girls on Sunday was the number one best part of going to Australia then Monday was definitely a close second. Monday was the day the EC Ladies and I were bound for Lone Pine Koala Sanctuary so I could pet a real live, incredibly cute, totally snuggly, and all around wonderful Koala. Oh, and I also had plans to kidnap him, name him Wawa Bob, and bring him home. But more on phase two of the day later. 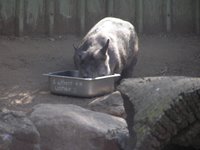 Since some people have to work (a concept I’m not entirely grasping is more important than spending time with me) only four of us would be going to Lone Pine: Lois, Storm, Minnow, and myself. I prepared for the day by grabbing a large knapsack, dumping everything out of it, and leaving the hotel room. I needed to make sure that Bob would have plenty of room to move around and breathe.

Lois picked me up at the crack of dawn: 9:00 a.m. and we headed out to meet Storm and Minnow at the former’s home nearer to Brisbane. Once the team was all in place we piled into the car and headed off for what I began to refer to as Koala Land™. 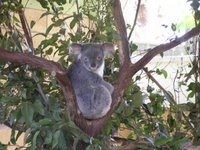 I should point out that the sanctuary had tonnes of birds, kangaroos (kangas!), wombats, snakes, and other indigenous animals for us to see, touch, and feed. But the Koalas (or Wawas) were my favorite by far. People had been warning me that they would smell, urinate on me, claw me, or worse. The haters were all wrong. The Koalas loved me and several approached me to be part of my kidnapping plan. Really. I swear!

Upon entering Lone Pine, our first series of stops was to see the aviary of birds that lined the path. Minnow could tell you better than I what types they were but they were all really pretty. Their plumage was so colorful they looked like beautiful flying cartoon characters. 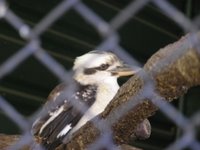 My favorite two from this batch was the one that actually said hello to us and the kookaburra. The latter was mostly because I enjoyed singing that old campfire song about the kookaburra sitting in the old gum tree. (It’s in your head now isn’t it?) 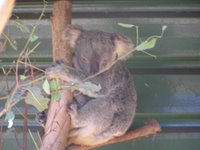 And then it happened: I turned my head a little to the left and saw it: my very first Koala. I immediately ran over (pushing several stupidly gawking children out of the way) and, ignoring the fact that he was half asleep, started talking to my sweet Wawa. “Hi sweetie. How is my baby? Are you going to come with me? Yes you do because you love your Typ0 Mommy!”

Those of you Devoted Readers who know me well know that this is not only exactly what I said but can probably imagine the baby-talk voice I said it all in. Not once, mind you, but every single time I met up with a new batch of the cute, cuddly teddy bears. As Ladies can attest, I scared and traumatized several tourists who witnessed these Koala conversations. 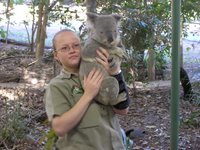 The highlight of the day was soon to follow as we found the pavilion where Koala pictures were being taken. Hubby, upon seeing these pictures, was quite put out that he had been unable to join us as he thought the Koala handler was very pretty.

The Koala I hugged was named Brumby and he flat out told me that he wanted to come home with me. Sadly, the Sanctuary erased all video proof of this conversation for reasons they wouldn’t share with us. (I suspect that they didn’t want people to discover that their animals talked or that they were so willing to escape with gorgeous, talented, brilliant, and modest tourists like myself.) 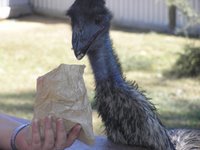 After buying some Kanga food, we headed off to the kangaroo enclosures for some more Marsupial close encounters. Before we could reach the kangas; however, some hungry emus who wanted to taste the pellets we had brought for their kangaroo friends stopped us. One of them tried to eat Storm and then moved on Lois’s camera when we wouldn’t give them all of our food.

Finally freed from the greedy emus, we finally got to meet the playful kangaroos that lived in the large enclosure. Most of the large bouncing rats were lazy but we were able to see a few bouncing around which was quite amazing. Although I had seen videos of them doing this very thing before, it was very different to see it in person. Damn but Australia has the world’s cutest animals! 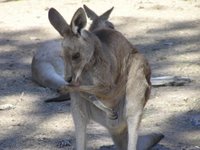 I couldn’t believe how soft the kangaroos and wallabies were. We quickly discovered that they liked to be scratched just behind the ears or on their necks. The four of us fed easily over a dozen and more still were looking at us with sad eyes. But since they were too lazy to get up off their hindquarters to come over and get some pellets, they were out of luck.

After our kanga adventures, we spent some time gazing lovingly at the overgrown hamsters that the locals refer to as wallabies. 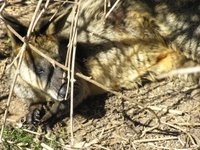 This sojourn of cute and snuggly animals was not to last long for Lois soon headed to see the snakes. Do I even need to tell you that I wasn’t there for that very brief portion of the day’s adventures? While Minnow and Storm watched Lois have a snake wrap itself around her, I headed off for a nice shady bench and some snake-free reading time.

Our glorious day of viewing the world’s most beautiful animals ended back at Storm’s house where we sat down to a feast of beetroot topped Aussie Burgers. After a quick but naughty chat online with Storm’s boyfriend Stray, we realized that the hour was growing late: it was time to leave. We shared a group hug and a group bounce before finally setting off back toward Surfer’s Paradise where I was staying. 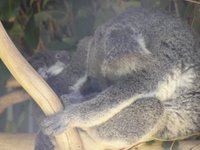 The two days I spent with my lovely friends from ECFans were, bar none, the best I spent in Australia. Sure there were wine tours (plural), shopping, fancy dinners, and schmoozing yet to come but nothing ever quite reached the amazing high of meeting these wonderful women. Before my trip we had Ayla to bind us together – now we have wonderful memories of stolen Pavlova, kidnapped Koalas, and giddy champagne induced giggles to bind us.

PS: For those of you wondering if I ever got my Koala, I can neither confirm nor deny any kidnapping allegations. Let’s just say that I will soon be receiving a rather large shipment of Eucalypts leaves in the near future.
Posted by MsTypo at 4:59 AM

Great photos and a great video!!
I thought I was to have the Wawa (if I knew how to insert a sad face it would go here....).
merthyr