Justice is so Hot 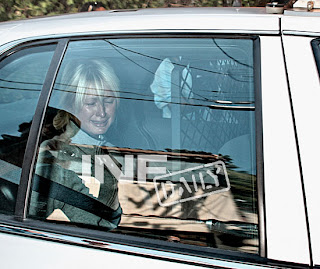 At first it seemed that this week would end on a low note – Inmate #9818783 (aka Paris Hilton) had been released for “house arrest” to serve out the remainder of her sentence. Poor thing was going to be stuck in her private pad where, just hours after her arrival, free gifts, friends, and paparazzi were arriving to welcome her home. Thank god for Judge Michael Sauer!

The good judge, you see, had the wild and crazy notion that just because Paris a rich celebutante that she didn’t deserve to be let out of the punishment he had imposed. She went to Mommy (the LA County Sheriff) behind Daddy’s back. And now Dad’s pissed.

Is it wrong that hearing she was back in jail made me so happy I shouted with glee? Is it somehow mean of me that the photo on the top of today’s blog makes me smile every time I look at it? I think that Lily Allen put it best:

So while she’s screaming out, "It's not right!" and looking for Mama Hilton, the rest of us can look on in ill disguised glee and say, “Now, that’s hot!”
Posted by MsTypo at 8:17 AM