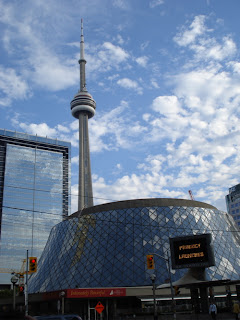 The Toronto portion of our home leave trip was especially remarkable for all of the reunions we managed to squeeze into our time there. From mini high school reunions to mini pub-crawls and even miniature people that made me want to have my own mini me. Of course, due to “Wandering the World” rules, I can’t actually post many of the amazing photos of these events. So, if you were there, you’ll know what’s missing. And if you weren’t there – well, you’re just going to have to use your imagination.

I should start by giving props to that wonderful invention: Facebook. I realize that I blogged at length about how it was ruining my life with addiction and insecurities but in this case it actually begat something really cool. Several of the girls from my high school are all on Facebook and we even have a group for our graduation year. As luck would have it, someone came up with the brilliant idea of having a “mini reunion” which just happened to be scheduled so that I could attend. 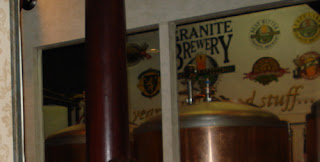 All the former Ladies met at a local bar where we proceeded to catch up on old times, find about new times, and even gossip about the times of people who couldn’t make it. It was amazing how much we all still looked like our 18 year old selves – not a day had passed. Most of the Ladies seemed to be teachers and/or mothers, which left me as the odd chick out on several levels. Of course we also had artists, lawyers, nurse practitioners, and, of course, me who blogs.

It was sincerely amazing to see all these people again and I wish that even more of my classmates had been able to attend. KC showed up and told us the happy news that she was expecting soon. Hubby (who arrived to pick me up) thought that A was hot. (I can always count on him to drool over someone when it is least appropriate.) After being the odd girl out in North York all through high school everyone seemed to have moved to the neighborhood in the intervening years. Several Ladies promised they’d come visit Casa del Typ0 in Kenya (and I really hope they do!!). I know I’m leaving out a lot of people and I apologize. It was awesome seeing each of you, even if I don’t mention you by name here. **hugs** 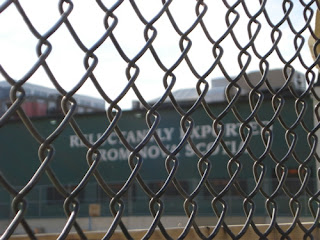 Next up on the reunion front was seeing She of the Gratuitous H (or SGH for short). SGH and I went to Dalhousie together back in the day and she was responsible for my showing up for several of classes when I would have otherwise slept in, chatted online, or just ignored class all together. More importantly, SGH was there when I met Hubby. She was there when I accidentally proclaimed my love to him via email to the wrong person (her). She was there when Hubby and I first met in person. 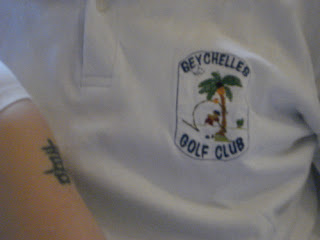 It is this topic I should address first. You see, She of the Gratuitous H claims that she didn’t want Hubby as he was on her “B-List.” Hubby has always claimed that he visited Toronto to see me because he loved me even then. (Cue: awwwwwwwwwww) Yet they were both there! If you had seen these two during our pub crawl you would have seen them making goo goo eyes at each other, casting longing glances when they thought I wasn’t looking, and just generally wishing I wasn’t there so they could get it on.

Hubby would probably like to point out at this point that I’m a paranoid conspiracy theorist who sees things that aren’t there like ghosts and people hitting on him. SGH would point out that she doesn’t like Hubby that way and it’s always my body she’s wanted and not his. (That’s my version of what she would say, anyways.) And then finally they’d both lock lips and laugh at me for believing either of them.

Needless to say, we had an amazing time during Pub Crawl ’07 and as you’ll see in a blog this weekend, much beer, cider, sake, and martinis were consumed. Now if only we could get SGH and her bf Chip to visit us in Nairobi the circle would be complete. (‘Cause unless I lose a bet, I’m not going to North Bay. Love you!) 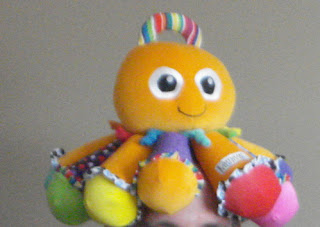 The final reunion was with Carebear, her husband, and her ADORABLE son Cub. (The picture here isn’t Cub, obviously, but one of his toys that I desperately wanted to steal and Hubby thought was a hat.) The Care reunion was two fold as she and I partied it up on our own for lunch and shopping one day and then we let the boys in on the festivities at her place for Chinese.

I really can’t understate how much seeing her son made me want to have a baby. I bugged Hubby about it for days. The only reason we are not parents right now is that he pointed out that babies don’t come potty trained. Dang it! Of course meeting her Hubby (then bf) named Ubby made me go out and find my own version: same age and name, just less buff and taller.

Of course, there were also family reunions but I’ll tell you about those another time. I need to go and drown my happy memories in cider and drunk-post on Facebook.
Posted by MsTypo at 5:11 AM

And we are off to the island....
merthyrmum