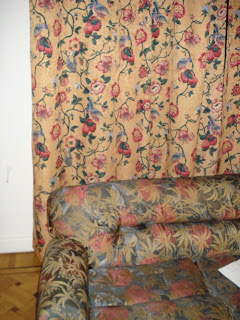 Hubby and I arrived – again – in Cairo on Saturday and are already well on our way to almost being at home. Well, as at home as we can be without our own things that is. Rumor has it that our Air Shipment should arrive any day and the Sea Shipment… Well, we haven’t actually had any word on that. (No news is good news with Garry Gnu?)

Shopping trips to City Stars and Carrefour have resulted in a flat screen TV (still in its box after two weeks), a food processor (to be tested this evening on salsa), and a microwave that thinks that popcorn can be made in 2 minutes and 15 seconds. Which it can’t.

These trips to the shops have also demonstrated that Egyptians take their dairy seriously – the cheese aisle alone was two sides of a 150 foot refrigerated case. I could see Hubby getting nauseous the further up the lane we walked.

Our apartment, for those of you who have been wondering, is a furnished two-bedroom flat, which spans ½ a floor of our building. We were told that it was originally meant to be used as the landlord’s flat and appears to be about twice the square footage of most of the other flats in the building.

That said, it needs A LOT of work starting with new curtains to replace the Hawaiian-themed ones in the living and sitting rooms and the rust-stained ones in our 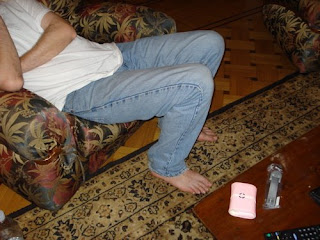 bedroom. We then need to work on obtaining new couches, as it appears that prior to our arrival Smurfs lived here. As it is now, both Hubby and I require cranes to hoist us out of our low-rise seats in the evening. Finally, we need to do something about the kitchen, because it currently sends me into fits of sobbing when compared with The World’s Greatest Kitchen™ back in Nairobi.

But enough of my kvetching – you’ll hear enough of that later once our days in Cairo actually reach double digits. Before I finish telling you about our Home Leave, and regale you with tales of our awesome trip to Cape Town last week, I want to leave you with a story about our first full day in Cairo two and a half weeks ago.

Upon arriving in Egypt, you are entitled to either four bottles of liquor at the airport Duty Free or three bottles from one of the city’s many Duty Free shops. Since we had successfully smuggled... er... liberated four bottles from Frankfurt, we opted to go to the shops with our friends Black Beard and Adelpha. Little did we know the adventures that awaited us.

Due to poor research on our part, it took two taxi rides, four hotels, and a stroll across the Nile before we finally found the correct Duty Free. (For those of you who need to avail yourselves of its services, the correct location would be the Cairo Sheraton. Or better yet go to City Stars as we did yesterday.) Confronted with a blissful assortment of overpriced liquor, we told the Beards to pick two bottles as a thank you for being generally awesome and proceeded to stare blankly at the shelves to make our own final selections. 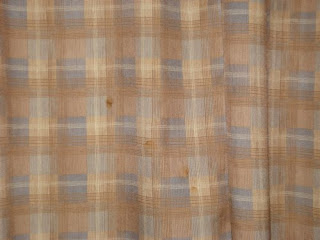 At this point, Black Beard asked if we would allow him to buy some cigarettes. I had the grace to look apologetic when I gave his polite request a rather blunt, “No.” While I would happily help him kill his liver, I refused to annihilate his lungs, I explained. He pouted, asked if I was serious and shrugged his broad piratical shoulders.

(Smoking is the one vice I can’t stand. It smells and causes yucky diseases not only for the smoker but also for innocent people in their vicinity. Be a serial killer somewhere else please.)

Five minutes later, the group had made its selections and our six bottles sat on the counter ready to begin the lengthy payment process. That was when the Kid at the first stop asked me flat out to buy him three cartons of cigarettes. I laughed and said no, assuming he had overheard our earlier conversation.

He repeated his question a little more firmly. The incredulous look on my face even had Hubby giggling quietly. “I just said no to my friend and you think I’ll buy you cigarettes instead?” “No. No. Is no problem,” he replied. “Only three.” This Kid was not too swift on the uptake. “No cigarettes. Just booze. No!” I glared and used my best B!tch Voice to make my stance clear. The Kid shrugged and probably gave some thought to not letting us take our allotment but in the end made due without his cigarettes.

Less than 12 hours in Cairo and I had already been hit up for baksheesh. I guess that makes me a local – or something.
Posted by MsTypo at 4:49 PM

Love the curtians and couch!! So stylish!! Mary

Just for future reference - there is a very Good Duty Free in Maadi, up near road 251. If you find GreenMill cafe... walk to the end of the lane (the cafe is on the corner) and the Duty Free is on the opposite corner to the Fake Handbag shop...oh and Welcome to Cairo... LOL

Pictures of the kitchen need before and after looks. We all look forward to the "new" looks in the coming months! However, it seems you have lots of space in the apt for visitors so perhaps renos need to begin soon. :)
merthyrmum