When we were in the UK this summer, we bought something that Hubby has been wanting for quite some time. He swore it would bring us together more and keep us busy during our long boring nights in Egypt. I was dubious because I thought he would just spend hours using it by himself. I eventually gave into his whim and haven’t looked back since.

I soon discovered that this device was far more than fun – it was a marital aid! We were spending more time together than ever and even invited our closest friends over to participate and join in.

Where we used to spend hours sitting on opposite sides of the room working on our laptops or watching television, we were suddenly energetic and urging each other to strive harder and do better. Thanks to the add-ons we bought, we were active and passionate about something new.

Naturally, we each wanted to be on top during those activities we considered our specialties. I loved the challenge of making Hubby submit to my superior skills. During those odd moments when he proved his dominance over me, I submitted meekly to his prowess.

I was really surprised at how quickly we took to this new activity. It wasn’t something we had participated in before. Nor was it something I did as a child – I always had to go over to someone else’s house if I really wanted to try it out on my own.

I never expected something so small to have such a big impact on my marriage. Sure, sometimes we use it to get out some aggression but most of the time it brings out our playful sides. When our friends come over to join in, it always turns into a big party with each of us taking turns being the center of attention. 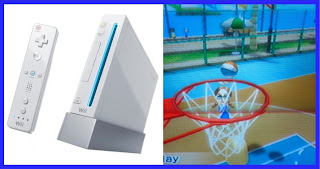 I am, of course, talking about the amazing Nintendo Wii. What did you think I was talking about?
Posted by MsTypo at 10:13 PM

*gulp* :)
My husband and boys wish I would succumb, but alas... this girl can't tear herself away from knitting and blogging. I commend you for finding a creative way to bond with your hubby!

i was about to report you to the blog police! nintendo can be fun. i haven't played with hubby yet but the kids love trouncing me, although i am pretty good at speed slice.

It is so much fun, isn't it? I got tennis elbow from it because I was playing so much!

We've had ours ever since it came out... And I agree - it's great fun! How else could we play tennis when it's minus degrees outside?

hahah, I can imagine you two playing...
I don't play that kind of games because I'd get too excited and couldn't stop.
Did you say 'long boring nights' in Egypt? LOL!

Have not succumbed yet,but I am sure it is just a matter of time.

We don´t have Wii´s here. But even if we did, I can´t imagine myself using it. Maybe I´m being a stick in the mud, but it seems so unnatural, just swinging your arm and "playing" that way! Maybe I need to try it first, but till then......I won´t miss it.
I´m glad it´s been such an enhancement to your marriage!

Hehe, wonderfully written making people think you were talking about something else, hehe.;) But I was not fooled as I know you now.;))
Joke aside, I thoroughly enjoyed this.;) I too love playing games, for me it is mostly computer games. My favorite of all times is the *Myst* series, I even dedicate a post to it on my blog.
Have a great Friday,
xo
Zuzana

Visiting from SITS! I am very fond of my Wii :) Whole afternoons can just disappear...

Ok, for sure you had me in suspense! LOL! Anything that aids in marital unity is a plus in my book. Enjoy my dear, enjoy.

Have a great day today.

Left an award for you on my blog.

You are too funny.

Ok, so I've rinsed my brain out and you have convinced me to buy a Wii. But only after we have moved to Canada!

We just bought a Wii recently and love it too!

I agree! The Wii is AWESOME:-)

Hve not tried one out yet...must do! C

We really enjoyed our wii - our 6yo is the currently bowling champ of the family :) Unfortunately, our last apt really did not have room for the thing. You have to have a bit of room (at least with kids!) to jump around. Our new place has a great spot for wii play... and one day... eventually.. hopefully this year.. when our household goods finally arrive, we will finally get to play again.

Came today from SITS, couldn't find your comment box. Came back when I saw you in Protege's comment box and found it this time. Nice to meet you!

Certainly a much more energetic way to spend your time instead of slumping on the couch watching telly!!

You had lots of fresh air when you were young! Wii? Nah.
Maybe BBA's son will let me play....
merthyrmum

I was wondering the whole time. I want one too!

I think the Wii is even better than what I might have been thinking about. No, Checkered, I don't mean that...

I agree - the Wii is awesome and nothing like a regular game system. (My husband only uses his Xbox for games) We use this for the physical activity - if you don't have the Wii Fit, I would highly recommend that... I also have the Wii Fitness Trainer which is pretty much a workout dvd that adapts to what you are doing... it's great!!!
Enjoy the Wii! Are you connected online with it?

I was starting to blush!!! Too fun... great way to start the weekend!

What a fun way to write a post and keep everyone's suspense!

Don't have wii but it does look fun from what I've seen on tv.

Was thinking of you this evening... hope you are ready for the SNOW! Still havinng major blogger issues...think I am going to have to start a new blog... SHIT

:lol: this was a great and funny end to my week and the more I red, the more interesting it was - your such a sophisticated tease ;-)

*LOL* I must admit to wanting to take the Wii console and stuff it inside my husbands earhole. I suppose I'm a poor loser....*L*

You should have ommitted the Wii in the title. Very well written. Next time try Guitar Hero, or do you already have it? I don't, just know about it.

lol! Cairo, that was a cute post! I bet you guys get all sweaty sometimes. I know I did when I borrowed my friend's. ;)

Glad you and hubby found something you enjoy and can do together.

P.S. Thanks for stopping by for my SITS day I truly appreciate it!

I wanted one but I don't know if it's worth it or not.

We have one of these and it's pretty darn fun! I am the hula hoop champ in my house! :D

This post gives me hope! I am the anti-technology person in our family. (Can't we all bond over books and reading? Apparently not.) So we have decided to get a Wii for our family Christmas gift this year. I barely understand the Nintendo DS! Maybe it won't be so bad!

I love my wii! Love playing with it! Hope you enjoy it as much as I do:)

We don't have a Wii but have heard a lot about it and did try bowling once on it at our library. Glad you enjoy playing with your husband. My husband is not big on computer games so we prefer to do the real activities still while we can. We just played tennis yesterday--for real.