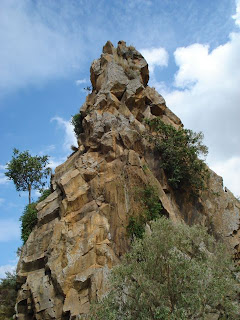 I always found it odd how the setting and rising of the sun seemed to dictate everything from children coming home from the park, to dinner time, to simple moods. When I lived in Kenya, it was the height of amusement for me to look at the clock at 6:25 p.m. and look outside the large windowed doors in my living room to a fully bright city. Literally five minutes later, dusk would have fallen and night would chase it a minute after that. Like clockwork, the sun disappeared every night at almost the exact same time year round.

It was comforting in a way. When The Ex was out of town, I would set my internal clock so that the disappearance of the sun meant dinner was ready to be eaten. When he was in town, I knew that shortly after sunset he would return home from the office. Half six meant nighttime in Nairobi.

Needless, to say, when I returned home to Toronto for a visit after living in Kenya for a year, I was in for a culture shock of the solar variety. During one of my first nights home, my sister-in-law stopped by to chat and I said that I would order dinner from one of my favourite Canadian chains whose food I had been craving. We sat in my parent’s living room and chatted while I dutifully waited for the sunset to tell me it was time to order and eat. 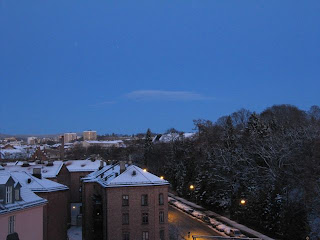 I finally noticed how hungry everyone seemed and looked outside the bay window to the still bright street, frustrated that it was obviously much earlier than my jet lagged self would have thought. When my sister-in-law pointed out that it was nine thirty, I was shocked. “It’s still light out!” We laughed at consternation over the sun’s non-equatorial habits and eventually made due with food from the fridge.

Several years later, this phenomenon would come to amaze me again. Sitting on the 59th parallel, Oslo, Norway is the furthest North I have ever lived and when we arrived during the cusp of winter, darkness embraced the city while children were still in school. By the time The Ex joined me from Cairo it would be fully dark by 2:30 p.m. Although I had been warned about the dangers of this seemingly perpetual darkness to people who endured the lack of sunlight day in and day out, I was smitten with it. I called friends and family and shared with them the daily progression of the sun’s waning.

Months later, both The Ex and I were at once in our awe at the reverse process. In May when I left Oslo, the sun didn’t set until almost eleven o’clock at night causing us to eat a rather late repast more than once. At the time, I was having difficulties sleeping and I was often still awake when the sun rose several hours later. The night before I left, I saw the first rays of light break across the city shortly before four in the morning. 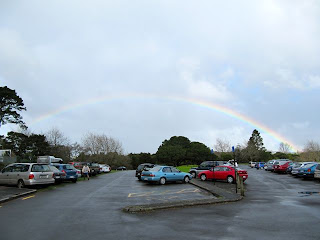 My arrival in Auckland, New Zealand was like returning home from Nairobi all over again. Suddenly, instead of living in a perpetual state of daylight, the sun had returned to its once “normal” habits. My first week there, I peered at the clock in my room in the morning and saw it was still dark outside and was shocked to see that it was almost 8:00 a.m. One day early in my stay, I watched the night creep through streets at 5:30 p.m. and was pleasantly shocked.

My days of endless sun were over. It seemed like a metaphor for so much that was going on in my life at the time. Even though I had run away to the other side of the planet to escape the realities of life I knew were waiting for me, the orb of fire and light was still there to remind me that normalcy and reality were inescapable.
Posted by MsTypo at 11:34 PM

On a more superficial level, the daylight thing has always thrown me off as well. Living in SE Asia, I got used to associating warm weather with 6.30pm sunsets...like your trip back to Canada, when I went home for a visit in the summer I was perpetually shocked at how late in the day it was yet still light. I felt like time was running more quickly than normal.

Since you are in Auckland, does this mean you are living two winters in a row? Bless!

I say heavens bless non-Equatorial living! I enjoy seasons. I enjoy winter's evening coming early although it does frustrate me after a while. I like to see the sun. I like to know that the day is passing - dark when I get to work and dark when I leave is very draining after a while. Fortunately though, good ol' England has SEASONS and we move into summer and everyone gets a bit happier (even if we're all going "oh, it's lovely and sunny...but it won't last!" Oh, the English cynic).

Speaking of England...if you end up here on your search for yourself? I've got a spare room and lots of cider.

Interesting; I have never lived outside the U.S. We are definitely influenced by the wax and wane of the sun, aren't we? I love your new header photo!

I love that rainbow! I was so busy looking at the cars and wondering why you'd post a picture of a parking lot that I almost missed the rainbow! It's a good reminder that there's beauty in everything if you just look for it.

You really have lived all over, haven't you?

You are a very large piece of sunshine to me--wherever you are.
And yes, I like the change in moods/seasons too.
merthyrmum

Love the new look to the blog! We're entering summertime & no school time. So when bedTIME hits, SUNtime is still reigning supreme. A bit hard to reconcile with a 3 yo. grrr.

Your blog looks so serene! Love it! :) I enjoyed the 'extreme' days in the UK... gardening until 11pm in the summer, dark when I left work early in winter. It was tough getting used to, but it was very interesting. These days, I'm enjoying the earlier sunrises. The cooler temps mean we sleep with the (barred and screened!) windows and doors open, so around 4am, the calls to prayer drift in and wake me, but I know I can snooze... and do so, until the birdsong and sunlight come to wake me. Very nice :)